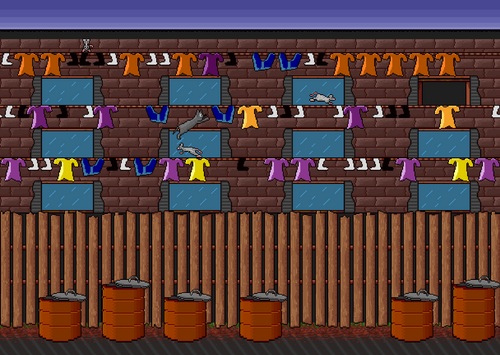 I accidently uploaded an old version of the game initially. It was set to Joystick by default too, which made the keyboard not functional. And the Dog AI wasn't implemented.

The dog doesn't come around until at least 20 seconds or so, and only when you stand around on the ground level. The cat in the trashcan is supposed to bump you off but it's not implemented yet.

A remake of DOS/Atari 800 Alley Cat